The problem with the canvas

Screenberry has a license for a specific number of “outputs”. Each output considered to be approximately one Full HD amount of pixels on context. But, actually, each output has 2048x1200 pixels, so for such big canvas 11520 * 9600 you need a license for at least 45 outputs. If you have big canvas size, but use less of it, you may use display nodes only for used parts. Only displays that has enough “licensed pixels” will work.
Please, check Licenses List widget in panel to verify how much output licenses you have.

OK，thank you！ Where can I check output licenses?

In Licenses widget. Open it with Window menu: 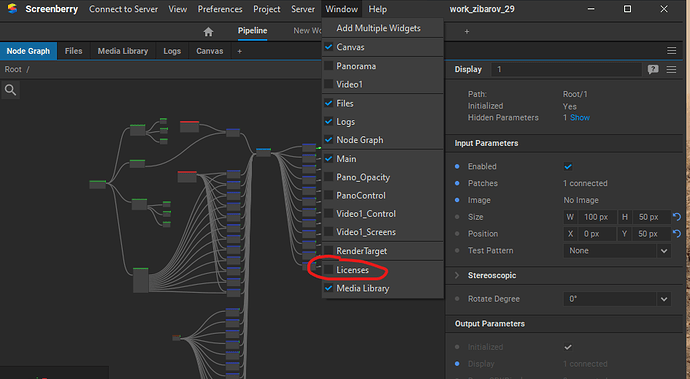 Then you’ll see it in VideoOuts license: 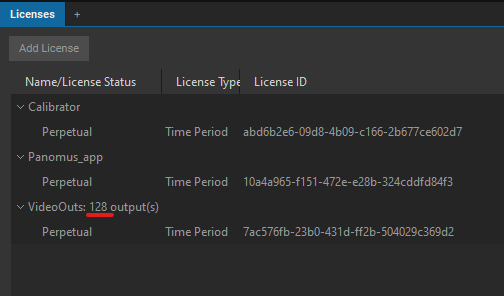 This topic was moved from Feedback to General Discussion.

Have a nice talk!